Learn How to Learn 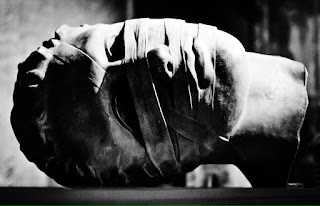 I never really understood the point of school as a child. I never liked going there. I tended to stay home a lot, even in kindergarten. I voiced my concerns to my parents and other authority figures. They explained to me that school is a place to learn. I believed them. I believed them and that frustrated me. Why was I so frustrated by the idea that school is a place where you learn? I was frustrated because I had never learned anything in school. Years of attending school, Years of worksheets, years of teachers asking questions that are answered with complete silence, years of heads up seven up, years of national and state standardized tests, and I could not recall one thing that I had learned in school. I became disenchanted with the whole Idea of school. School was a complete failure in my mind. A place that exists for teach had failed to teach me a single thing. “What a joke!”, I said to myself. Now I’m not so sure that school is a place for learning. It took me a bit to come the realization that school was just glorified daycare, and a great place to gain social skills. I desperately seek knowledge, but was school the wrong place to look?

I had high hopes for college. Hopes that were immediately crushed. College was exactly like high school. Even the desks were the same. My first college class was held in a portable classroom. I hadn’t seen that since elementary. The main difference between my useless K through 12 experience and college was that I had to pay for my classes. The children had only grown in size. It was the same. Plenty of those poorly worded questions that are so embarrassingly obvious no one dares answer. This was just a community college, so maybe a university was better. After transferring to ASU I found the only change was the price. It costs a lot, and student loans aren’t much help.
There are big problems with student loans in the USA. These problems make it difficult to get an education. I have seen many of these problems first hand. I will share with you a few stories illustrating some of the problems I have seen in the modern education system:

Theresa was as dumb as a stone. School was never her thing. She was barely literate. Surprisingly she found herself enrolled in an institute of higher education after all. She really had no interest in school but she heard from her friends that you can get free money from the government if you go to school. Theresa was a single mother of five who knew a lot about free money from the government. She lived in a spacious section 8 apartment, had the newest iPhone and a late model car, and had not worked in years thanks to a combination of welfare, unemployment, EBT, WIC, EIC, and any other monetarily beneficial acronym that was out there. Luckily she qualified for a hefty loan from uncle Sam.

I met her in a communications class. She was very friendly. I noticed she struggled somewhat with the assignments. I tried to help her, but it eventually led to her copying my work or her asking me to do it for her. When she learned that I didn’t feel comfortable with that kind of arrangement she actually hired someone to write her term paper for $20.00. She got a C. The professor also took her under his wing and tried to give her as much one on one attention as possible. That didn’t help either.
Sadly, college was not a place for her. It couldn’t benefit her. She didn’t need a communication degree to better her life. She would be better off learning some trade or just getting on the job experience. She suffered through more semesters at college seeking out more free money and sinking further and further in debt. A debt that might never be repaid. This money was not a blessing to the poor seeking to improve their life but instead an irresistible shackle that binds the student to their education at the expense of their productivity and happiness. Theresa and those like her have become modern day slaves giving away their financial freedom voluntarily to an all powerful monolith with limitless free money.

So if it is not the poor that benefit from grants and loans, who does:
I walked into a large lecture hall and sat in the front row. I like the front because my stature leaves me little leg room if i sit anywhere else. I was there early. Soon, 2 freshman came in and sat directly behind me. I heard one of them inquire to the other, “Have you ever heard of FASFA?” The other responded in the negative. This exchange peaked my interest. I had been dealing with many student aid issues the entire semester. You see, before I applied to BYU, I had taken a year off of school to work. After getting married the reality of bills and paychecks set in. I decided to go back to school after that year so i could have better career prospects. I was denied any student aid for my first year back at BYU because I had made too much money in my year long hiatus. I was denied aid even though I had to move to a new state with no job lined up. Suffice it to say, money was tight that semester.

I found it funny that he had mixed up the letters of FAFSA. The freshman behind me continued to explain to his classmate that Fasfa was a thing he filled out online. He said his parents told him to do it. He said it took all of 5 minutes and at the end he qualified for something called a Pell Grant. A Pell Grant of $5,000. He exclaimed how great this was because his parents already pay for his tuition, car, room and board.

Audible groans of discontent escaped my mouth as I listened to this travesty of justice. I was scrounging to survive feeding my wife and I a diet of year old ramen packets that we could only cook when the unstable power was on in our basement apartment. Then there was this child who evidently had been declared independent from his parents and had his taxes calculated from whatever minimum wage summer job he had the previous year. Somehow he was deemed to have more need of assistance going to school than me. I mulled over this sad situation for many moons. How could it be desirable that the poor subsidize the rich. I finally realized what the root of the problem was. This realization also helped form my philosophy on modern day education.

And who benefits from this money in both these situations. The schools:
The schools get paid regardless. This is glaringly obvious and evidenced by the entire industry of for profit schools. These schools specifically target the working poor. They offer classes at night or online and stress how easy it is to do. For profit schools look to enroll people who had previously never thought of school as an option. It also helps out that the older and poorer you are the more educational welfare you qualified to receive. This assistance removes the cost of education further from the student's pocketbook. The result is tuition goes up. Who cares if it is $1,500 a semester or $15,000 if the government pays the bill. Schools raise their tuition as high as the government will pay. Tuition has gone up dramatically in recent years.

So who is to blame? Is it the for profit schools that are the scourge of the education system? No. Is it the wealthy taking advantage of poorer taxpayers? They are the only ones who can afford the rising tuition costs, but they are not the ones to blame. So it must be the poor leaching off the welfare system unnecessarily driving up tuition costs. Well, no, let’s not find fault with them either. After all, these groups are only acting out of their own self interest. Theresa was only doing what she thought was best for her family. The freshman behind me in class would have to be insane to turn down that kind of money. The same could be said for the colleges across the nation. How is all this plunder possible. The United States Government has promoted it.  The government has driven up prices and increased the debt of millions of people. The government has stripped the dignity of what I can only imagine was real education. Institutes of higher learning are now just herding cattle one step closer to the workplace.

What was once seen as noble work fit to support a family is now work only fit for illegals, outcasts, and subhuman. A formal education is no longer regarded as a luxury available only to the wealthy. A formal education is something that should be given to anyone who wants it. No matter your academic prowess or your choice of career you should be able to go to college.  The prevailing philosophy of today is that college education is a “human right”. Pell Grants and massive student loans are given to students without taking into account their intended major. It doesn't matter if you are entering the most prestigious petroleum engineering school with expected starting salaries in six figures or if you choose social work and can look forward to making a whopping $0.48 above the proposed minimum wage of Seattle. Every 26 year old child has the right their degree in bolivian feminist studies. To each according to his want.

Having laid out the problems with the modern day formal education, I will now succinctly explain my personal educational philosophy. School, in the broad sense, is nothing more than an obligatory song and dance required before seeking gainful employment. If you learn at school that is great, but that is not the purpose of school. An education can be gained anywhere other than school. My education has been gained through a combination of reading, watching TV, mentors, life experience and the internet. The internet is perhaps the most useful educational tool in my arsenal. I have every book ever written and access to the greatest minds in history accessible on a device in my pocket. I honestly do try to learn at school. If I learn something it’s great. I now know that if I want an education I must look for it anywhere but a school.